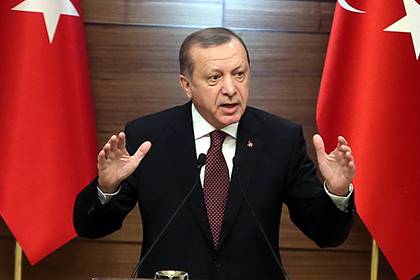 The relevant Committee of the Turkish Parliament approved a bill on constitutional change, involving the extension of the powers of the President. It is reported by Anadolu.

In addition, from 25 to 18 years reduced age for candidates for Parliament, and the number of legislators increased from 550 to 600 people.

1 December it was reported that in the case of the adoption of the document in direct subordination of the head of state will pass the country’s armed forces and intelligence agencies. Currently they are governed by a collegiate body — the Supreme military Council.

Now the draft law must obtain the approval of Parliament. If it will support at least 350 members, final approval of the constitutional reform will be put to a national referendum. A plebiscite could be held in March 2017.