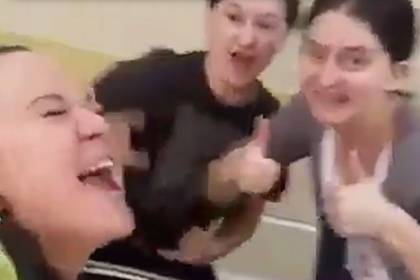 The management of health facilities felt that the actions of the girls violate the sanitary-epidemiological regime. Currently, they practice required by the labour legislation for two weeks.

Video shot in one of the premises of the hospital, but the patients there. The authors of the movie called him a joke. According to them, it is not clear where the action is.

As told RIA Novosti in the hospital, after the video the nurse and two nurses have written letters of resignation at own will.

In February of Rostov emergency care hospital №2 was fired worked there as a nurse student, which led to social networks Periscope broadcast operations. The University act students called contrary to the code of ethics of medical University.