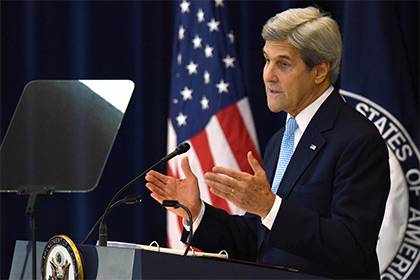 The British government criticized U.S. Secretary of state John Kerry, who called the current Israeli government is the most right-wing in the country’s history. About it reports Reuters.

“We believe that it is unacceptable to criticize the composition of the democratically elected government of the country-ally”, — said the press-Secretary of the British Prime Minister. The state Department said that surprised by this review Downing street.

December 28, U.S. Secretary of state John Kerry said that tel Aviv has undermined peace in the middle East, building of settlements in the occupied territories of the West Bank of the Jordan river and East Jerusalem.

On 23 December, the UN Security Council adopted resolution 2334, requiring Israel to stop building settlements in the occupied Palestinian territories. The document was supported by all security Council members except the United States, which abstained. Tel Aviv to carry out the decision of the UN security Council refused.

Five years ago, during the consideration of the same resolution, the Washington vetoed.