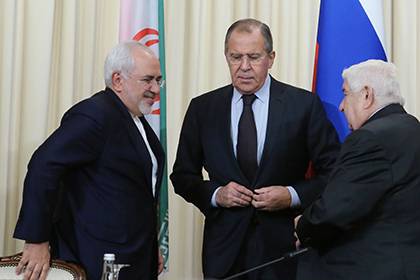 Turkey and Russia agreed on a comprehensive ceasefire that will be submitted to the parties to the conflict in Syria. On Wednesday, December 28, Anadolu reported, citing its own sources.

The effect of the agreement will cover all areas where there are armed clashes between opposition groups and government forces.

Parties will be invited to cease hostilities starting from 00:00 local time (01:00 GMT), December 29 this year.

The armistice agreement does not concern terrorist groups.

In the case of reaching a sustainable truce the Syrian government and the opposition, backed by Turkey and Russia will begin in Astana, the political discussion of the conflict settlement. The guarantors of the peace process will perform Moscow and Ankara.

On 20 December the Minister of foreign Affairs of Russia Sergey Lavrov said that Moscow, Ankara and Tehran are ready to become guarantors of the impending agreement between the Syrian authorities and the opposition.

“Ministers agree with the importance of extending the ceasefire, unimpeded humanitarian access and free movement of the civilian population in Syria,” — said the head of the Russian foreign Ministry.