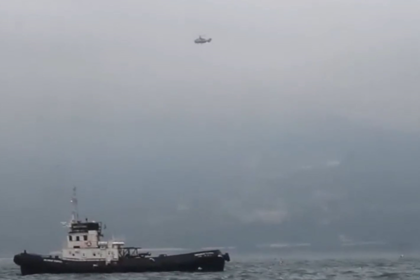 All the families of the soloists, Alexandrov ensemble, who died in the crash of Tu-154 in the area of Sochi, will receive payments in the amount of one million rubles. About it RIA Novosti was informed in the press-service of Fund of social insurance.

“According to preliminary data, all 64 were insured. Tomorrow it will be investigated which of them were dependents. There also will be meetings with relatives”, — said the press service of the Fund.

Prior to that, the Foundation made payments to the families of nine journalists and Elizabeth Glinka. The FSS will pay compensation in the amount of one million rubles to all the families of the victims were in the performance of job duties.

Earlier it was reported that the Minister of labour and social protection Maxim Topilin instructed to organize the payments to the families of the victims. In particular, the Pension Fund of Russia should establish their pensions in connection with loss of breadwinner.

The representative of the insurance company “SOGAZ” declared that the families of military killed in the disaster, will receive more than 5.8 million rubles.

The Tu-154B-2 223-aircraft division of the Ministry of defence was gone from screens of radars at 05:27 MSK on December 25 after taking off from Sochi, where he passed the gas station. The aircraft, bound for the Syrian Latakia, fell shortly after takeoff. On Board were 92 people, including artists of the song and dance ensemble of the Alexandrov, including conductor Valery Khalilov and Russian journalists.

According to the latest data, lifted out of water 11 bodies. Operation in the area of the crash will continue around the clock.