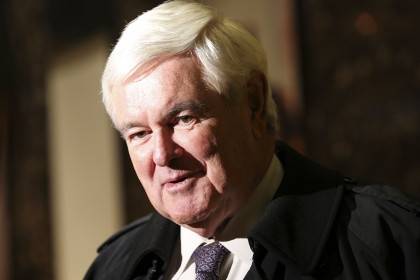 The US President-elect Donald trump after taking office intends to cancel about 70 per cent of the decrees enacted by the decision of the incumbent Barack Obama. This was stated by a member of the transition team trump, former speaker of the house of representatives newt Gingrich in a Fox News interview.

Republican noted that this will require the work of a skilled team of lawyers.

Policy of the outgoing President Gingrich described as a “desperate frenzy”, and his legacy compared with an inflatable doll, which, as it goes out of air, it shrinks and shrinks.

Separately, he mentioned Obama initiated the reform in the health sector, at the time, which caused sharp criticism of Republicans. According to Gingrich, if he enlisted the support of both major parties in the country, his legacy in this aspect could be longer and more durable.

However, as noted, it is unclear how dissatisfied with this reform, the Republicans will be able to repeal the law or parts of it.