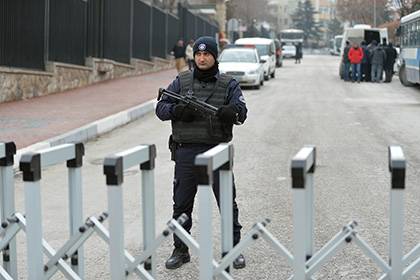 Over the past week, Turkish authorities detained 1096 people suspected of links with the organization of the opposition Islamic preacher Fethullah Gulen (FETÖ). Of them, 426 people were arrested, reports on Monday, December 26, reports the Hürriyet Daily News, citing the interior Ministry.

In a statement, the Ministry also said that in operations against supporters of the banned Turkey Kurdistan workers ‘ party arrested 508 people, of which 78 of them taken into custody. On suspicion of having links with a terrorist group “Islamic state” (IG, is prohibited in Russia) 78 detained, 12 of them arrested.

It is also noted that the security forces of the country spent a week 220 anti-terrorist operations, during which was destroyed four militants.

On July 15 this year in Turkey attempted coup, which killed more than 230 people, more than 2.1 thousand were injured. After the suppression of the attempted coup in the country began mass purges in government, public administration, courts, education, the army and the security services. Was closed more than 130 media, more than 81 thousand people were suspended from work or dismissed. 32 thousand the persons involved in the coup attempt are in custody.

Authorities accused of organizing the coup living in the U.S. Gulen and demanded that Washington issued a religious figure. Himself opposition condemned the coup attempt and declared his innocence to her.