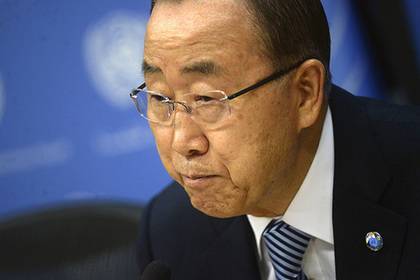 National communities of Crimea for the second time has sent an appeal to the UN calling for an investigation of the energy blockade of the Peninsula. On Monday, December 26, Chairman of the national-cultural autonomy of the Bulgarians of Crimea Ivan Abazher, reports RIA Novosti.

The UN office in Russia refused to accept the previous document, stating that he had no right, said Abazher. Re-treatment Crimeans were sent to the Russian foreign Ministry to the post office and Secretary General of the international organization ban Ki-moon.

“It was confirmed that the letter is received. We are now waiting for an answer, how to react to the UN to our appeal”, — said the head of the authority.

He stressed that the national community of the Crimea is ready to appeal to other international organizations.

21 December, state Duma Deputy Ruslan Balbec said that the Crimea is ready to send a UN delegation to report about life on the Peninsula. The day before the UN General Assembly with majority of votes adopted the resolution condemning alleged in the Crimea, human rights violations and calling on Russia to allow international observers Peninsula.

In November last year, the Crimea was disconnected as a result of undermining the pillars of power lines supplying electricity from Ukraine to the Peninsula. In the region introduced a state of emergency and set a schedule for rolling blackouts. Later the Peninsula was conducted by the bridge with mainland Russia. Responsibility for the blackout of the Peninsula was taken, however, the approaches to emergency structures was blocked by the representatives of the banned in Russia “Right sector” and “Mejlis of the Crimean Tatar people”.