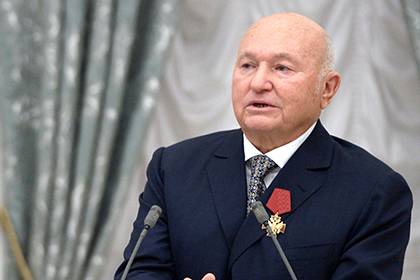 Rector of Lomonosov Moscow state University Victor Sadovnichy has told TASS that the former mayor of Moscow Yuri Luzhkov became ill during a business meeting at the University.

“We talked to him about his work in the field of agricultural science, he is engaged in the crops, soil, crop. At this time he began to feel bad,” — said Sadovnichy. According to him, the former mayor had a cold after a flight.

Currently, Luzhkov is in the hospital. It is reported RIA Novosti that he had inflammation of the right lung due to a viral infection. Of the hospital may be discharged within a day or two to give the opportunity to attend a concert of the Turetsky choir in Moscow (in the Russian capital is scheduled for two performances on 25 and 30 December — approx. “Of the tape.ru”).

Previously on 23 December, the press Secretary of the former mayor of the capital Gennady Terebkov has denied media reports about an emergency hospitalization and near-death from which the doctors took him chief. According to unconfirmed reports, Luzhkov has put in the clinical hospital of Lapino.