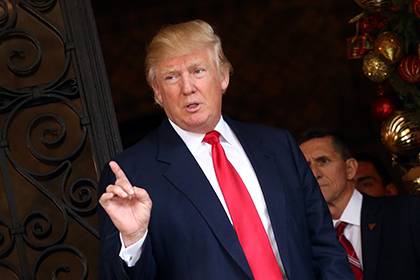 The statement of the elected President of the USA of Donald trump that the country must strengthen its nuclear capabilities means the need to prevent nuclear weapons proved to have unstable countries or terrorist groups. This statement was made by the representative of the trump Jason Miller, reports Reuters.

“The President-elect trump was referring to the threat of proliferation of nuclear weapons and the urgent need to prevent its occurrence, particularly from terrorist organizations and unstable regimes and outcast regimes,” said Miller.

Thursday, December 22, trump wrote on his Twitter that the United States should significantly increase opportunities in the field of nuclear weapons. According to trump, it is necessary to until “the world will not begin to evaluate the significance of the atomic bombs”. No details on his remarks the President failed to lead.

In the first presidential TV debate with democratic candidate Hillary Clinton trump in September did not rule out the possibility of applying the United States pre-emptive nuclear strike. Speaking about the nuclear capabilities of other countries, the politician then said that, in his opinion, the Arsenal, which are located in Russia, later than in the us.

The United States presidential election was held on 8 November, the victory was won by the trump. His inauguration will take place on 20 January 2017.