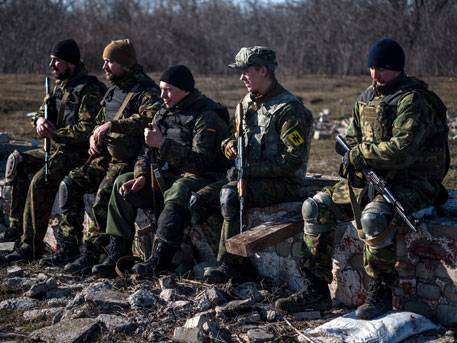 Interior Minister of Ukraine Arsen Avakov during the last few years passed by unknown persons 2,200 premium weapons. About it reports the edition Ukraina.ru.

Earlier, the Ukrainian court decided to announce the list of citizens, which Avakov said high reward, but the Minister has executed the court decision only partially, providing data only about fifty are awarded.

In addition to the list provided by the Ukrainian Ministry does not specify either the names of the recipients or model of the gun.

As the newspaper notes, information about the premium weapons have been received only when its received public personalities – Ministers, judges, businessmen. The fate of more than 1.7 thousands of weapons remains unknown. Under the assumptions of the Ukrainian portal, this Arsenal is enough to create a private army and seize the Supreme Rada, the presidential administration and the building of ministries and departments. Portal mentions the close relationship Avakov with radical neo-Nazis, into whose hands could get premium weapons.