Next winter aggravation in Kiev resulted in a new attack of the APU on the positions of LPR in the area of Debaltsevo. The clash turned loud but not effective – after suffering heavy losses, the Ukrainian army offensive failed. Why Ukraine needed now a repetition of the scenario “Debaltsevo-2” with the sad experience of “debaltsevskogo boiler” in February 2015? What brought on the Ukrainian military – for victory or for trivial provocation?

The relative silence is declared on the line of confrontation between the armed forces and armed groups of DNR and LNR according to the Minsk agreements never really respected. As provocateurs for the most part were made by the Ukrainian nationalist battalions, firing at positions of militias, and even more houses of civilians. Sometimes just from boredom. Of course, that got “back” – return fire from the armed formations of Donbass. Massive attacks, by and large, after the “Debaltsevo cauldron” in which the Ukrainian army suffered serious losses, was not. So, check “for lice”. And the current attempted attack on the Donbass APU can be considered the largest operation in the past 2016. 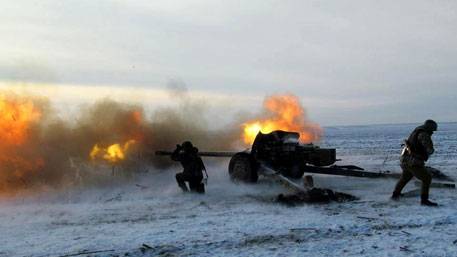 The attack began with the shelling of the sort of prohibited large-caliber (122 and 152 mm) artillery the villages of Kalinovka and Logvinova, where the concentration of fragments in the ground more than even during the great Patriotic war. Further attack of the Ukrainian special forces, with the participation of foreign mercenaries gently mired in defence of the people’s Lugansk militia that the offensive was ready. To move forward, the APU failed, and probably did not count on serious military successes. Shoot, depicted activity, for which he paid quite a serious loss, and… remained in old trenches.

“The potential of the Ukrainian army has certainly grown in recent years, they learned to shoot, to operate at night due to night vision devices, competent to act in offensive operations, says military expert Alexander Sladkov. – But there’s no serious motivation for success, relatively speaking, there is no slogan “To Berlin!”, in this situation: “To Donetsk!”. The current designation of the offensive under Debaltsevo – this is just an attempt to aggravate the situation, forgetting about those problems that have already occurred as in the winter of 2015 and summer of this year. But all this, I may say, offensive – full tinsel, which has its specific purpose. Moreover, it will have the opposite effect, resulting in the Donbass will receive an additional site on their land.

Most likely, the current attempt of aggravation of the situation in the Donbas is important for the Ukrainian President Poroshenko. On the one hand, he is trying to encourage his army, which is lacking in wins, and money including. On the other is another attempt to attract the attention of the West, accusing it of aggression armed formations of Donbass. But the current attempt to attack is not a strategic objective, there are more agreements and discussions. The theme is jammed and the special attention it does not involve. But there’s a caveat – if it comes to cutting the civilian population, Russia will not remain, and then Ukraine is definitely not good, at least on the territory of new Russia”. 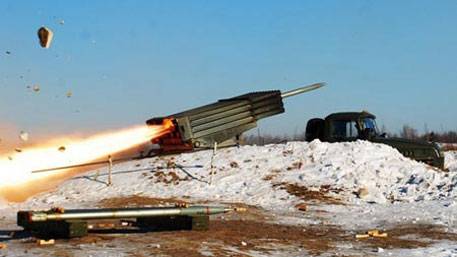 President Poroshenko really afraid of the presence of Russian troops on the territory of Donbass. At the same time he is fanning the flames to attract not only the attention of the West and the United States, but also to achieve the involvement of foreign military forces to counter the Russian “military threat.” Recently, he insolently declared that “in the occupied areas of Donbass is more than 700 Russian tanks, 1250 artillery systems, more than 1,000 armored personnel carriers and 300 multiple rocket launchers”. The person more or less versed in military matters, it is clear that such amount of military hardware comparable, at least with the number of military district, if not two, and on the territory of Donbass not exactly fit, unless you will stand on each meter. For example, the whole bonepatellar land forces of great Britain consists of 56 400 tanks and jet systems of volley fire.

But this “horror story” from Poroshenko about the “huge Russian army, occupied and invaded the Ukraine”, we need only to extract aid from Europe, which frankly is tired of Kiev beggars. In this field Kiev, however, very successful. The U.S. Senate approved the allocation of $ 350 million for military assistance to Ukraine, Saudi Arabia gave $ 40 million for the development and production of Ukrainian cruise missiles, Japan has donated to strengthen APU 1.85 billion dollars, Lithuania shared 150 tons of ammunition. Chipped in a Ukrainian defense a dozen States. But take Debaltsevo Kiev and could not. 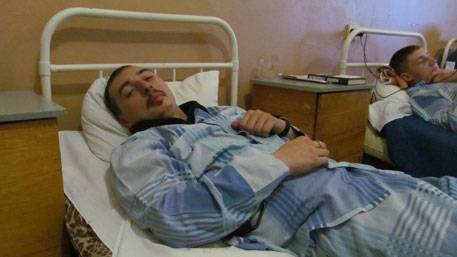 “Human idiocy has no limits, says the political scientist, the expert of the International Institute of humanitarian and political studies Vladimir Bruter. – Not enough in this situation only the presence in the Azov sea Russian aircraft carrier “Admiral Kuznetsov”, aboard which planes control the skies of Ukraine. All other threats from Russia, Kiev has already identified and still cries about them all over the world. Some unnamed force is very interested in the fact that this “enemy image” is stably maintained in and through ongoing hostilities in the Donbass.

What we have in the current situation? First, Russia is not interested in any escalation of the situation in the South-East of Ukraine. Well, not before now, have more ambitious objectives, in the same Syria, for example. Secondly, the aggravation of not want and in Kiev itself, I do not say this about President Poroshenko, who is now more focused on the problem of lost of power, but actively for it clinging. The position of the EU is also very cautious, there is, in the absence of pressure from the United States, “Ukrainian question” in General will recede into the background. Moreover, a highly precarious position of the national leaders of France, Germany and some other countries. 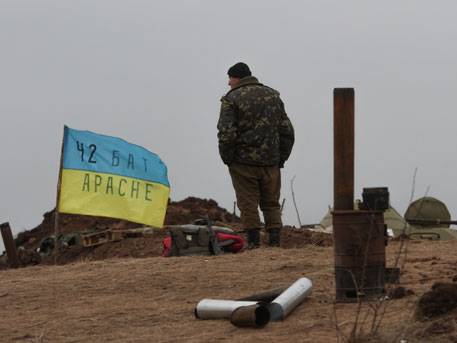 But what is absolutely obvious that now everyone wants to see Russia’s position in response to another Ukrainian aggression in the Donbass. And Russia might react differently. And even absolutely unpredictable, because he knows the situation and has the leverage, including the use of force. It’s called “tease the geese” and create emergency situations, which require reciprocal action. And it cannot be excluded that Moscow will wait for spring next year, when Ukraine itself will undergo fundamental changes, and take some steps now. So that the current Ukrainian military activity in the world is a provocation against Russia. Let’s see what happens”.

If we take the recent history of Feb 2015, when debaltseve was a turning point in the war in Kiev and Donetsk in favor of the militia, we can assume that the current “offensive” special glory of the army of Ukraine will not bring. And Debalcevo-2 victory will be soon for Donbass. And the consequences are fraught for Ukraine is that such military trick can lead to ultimate loss of not only the new Russia, but of their own state.