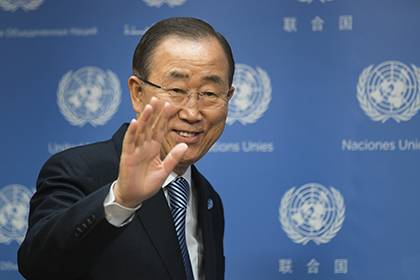 UN Secretary-General ban Ki-moon admitted that could come back to Korean politics. About it reports “Yonhap”.

“If what I learned, saw and felt during my 10 years of service as Secretary General of the UN could contribute to the development of the Republic of Korea, I am ready to fully commit to it”, — he said.

According to ban Ki-moon, the final decision about participation in the presidential election he will take after meeting with residents representing different sectors of society, and listen to their opinion.

On 9 December, the Parliament of South Korea voted to impeach President Park Geun-Hye and the suspension of its powers. The reason for the political crisis in the country has become a corruption scandal involving a close friend of the head of state Choi sung-SIL. She is accused of pressure on the largest commercial companies with the purpose of transfer of their money in two non-profit Foundation.

UN Secretary-General will leave his position January 1, 2017 in connection with the expiration of the term of office. This post will be replaced by the elected head of the international organization of Antionio of Gutteres.

In the period from January 2004 to December 2006 ban Ki-moon was Minister of foreign Affairs of South Korea.