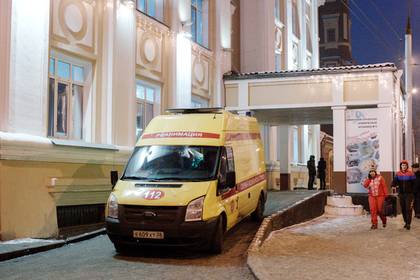 The death toll in the result of poisoning with alcohol-containing cosmetic “Hawthorn” in Irkutsk has reached 60 people died and another two injured. About it reports on Wednesday, December 21, “Interfax” with reference to the representative of the regional Ministry of health Tatyana Skursky.

Both victims, as said the interlocutor of the Agency, died at home, their bodies taken to the morgue. In hospitals there are 40 people, five of them discharged.

Previously, on 21 December it was reported that the number of victims of poisoning “Hawthorn” in Irkutsk rose to 102 people. It was noted that in the night of Wednesday in hospitals none of the victims died.

In the framework of the criminal case on mass poisoning arrested 11 people. About 100 people were questioned as witnesses.

On 17 December in Irkutsk and began a mass poisoning of counterfeit alcohol-containing cosmetic “Hawthorn”. The local Ministry of health stated that the reason was contained in the bath of methanol, although the label was declared ethanol.

It was a criminal case under article “Manufacture, storage, sale of produce not satisfying the requirements of safety, entailed on imprudence death of two and more persons”. In the region introduced a state of emergency. 21 December in Irkutsk was declared a day of mourning.