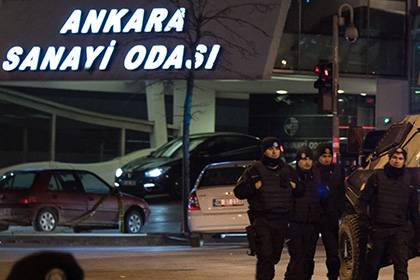 An interdepartmental working group from Russia will fly to Turkey to participate in the investigation of the murder of the Ambassador in Turkey Andrey Karlov. This was stated on air of TV channel “Russia 24” the President of Russia Vladimir Putin, reports RIA Novosti.

“Asked to form an interagency working group, which shall be to immediately fly to Ankara to attend together with their Turkish partners in the investigation of this crime,” he said.

According to the head of state, the agreement was reached at the just concluded conversation with President of Turkey Recep Tayyip Erdogan.

An interagency working group charged with establishing the Investigative Committee of Russia. “We need to know who sent the hand of a murderer”, — stressed the head of state.

At the meeting with the heads of the SVR, FSB and the Ministry of foreign Affairs Putin ordered to strengthen the protection of Turkish diplomatic representations in Russia, and also to get a guarantee from the Turkish side to ensure the security of Russian diplomatic missions abroad in accordance with the Vienna Convention on diplomatic relations.

Charles was killed on Monday, December 19, at the Gallery of modern art in Ankara. The killer, police officer mevlüt MERT Altıntaş, shot in the back by 62-year-old diplomat, when he spoke at the opening of the photo exhibition “Russia through the eyes of the Turks,” and was soon eliminated by the security forces. Charles also injured three people, Russians among them.

The investigative Committee of Russia opened a criminal case under article 360 of the criminal code “the Attack on persons or establishment which use the international protection”.