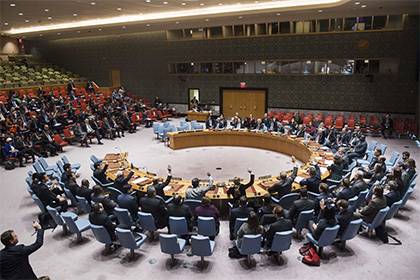 The UN security Council recognized terrorist attack the murder of the Russian Ambassador in Turkey Andrey Karlov and called for the punishment of its perpetrators. As reported by RIA Novosti, said the security Council statement to the press that had been made by the Russian delegation.

“The members of the Security Council severely condemned the terrorist attack on 19 December in Ankara, Turkey, which killed Ambassador of the Russian Federation”, — stated in the document.

“The members of the Security Council underlined the need to bring the perpetrators, organizers and sponsors of the terrorist act to justice” — said in a statement.

Charles was killed on Monday, December 19, at the Gallery of modern art in Ankara. Police officer mevlüt MERT Altıntaş shot in the back by 62-year-old diplomat, when he spoke at the opening of the photo exhibition “Russia through the eyes of the Turks.” The killer was soon eliminated by the security forces. Charles also injured three people, Russians among them.

TFR opened a criminal case under article 360 of the criminal code “the Attack on persons or establishment which use the international protection”. In Ankara on behalf of President Vladimir Putin will fly an interdepartmental working group from Russia to investigate the circumstances of the crime.