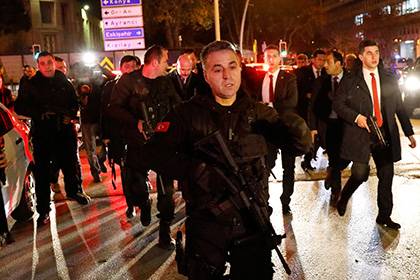 The U.S. Embassy in Ankara tried to get an armed man. This publication reports the Daily Sabah in his Twitter.

Clarifies that the police managed to stop the attacker and to take into custody. No other details.

On Monday evening, December 19, at the Gallery of modern art in Ankara was killed by Russian Ambassador to Turkey Andrey Karlov. Police officer mevlüt MERT Altıntaş shot 62-year-old diplomat in the back when he spoke at the opening of a correspondent of the exhibition, and were soon eliminated by the security forces.

Apart from the Ambassador injured three people, Russians among them.