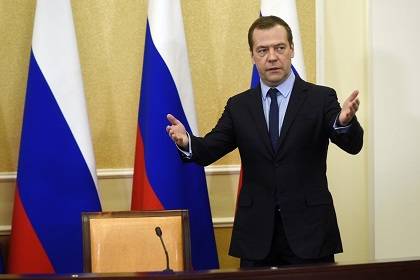 Prime Minister of Russia Dmitry Medvedev said that his new year’s table will be fish, meat and vegetables Russian production. He said this on air of the program “week” with Irada Zeynalova on channel NTV, RIA Novosti reported.

The head of government stressed that all products will be manufactured at the enterprises that have emerged in recent years.

According to Medvedev, in recent years Russia has managed to solve several important tasks in the field of import substitution. “This production of meat products, and fish, and vegetables and fruits,” he said.

15 December was published the calculations of Rosstat, according to which the average Russian family of four will spend in 2016 on Christmas table 5.5 thousand rubles. Salad “Olivier”, one of the main dishes of the holiday table for the year rose 1.8 percent to 310 rubles. Another mandatory dish, the herring under a fur coat, rose in price by 3.7 percent to nearly 155 rubles.