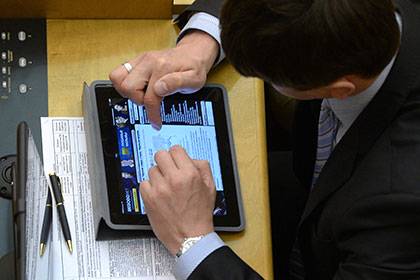 In Parliament of St.-Petersburg has supported a bill that requires public servants upon entry into the post to inform about existing social media accounts. On Friday, December 16, according to “Fontanka”.

The Chairman of the legislation Committee of St. Petersburg legislative Assembly Denis Chetyrbok the meeting recalled that this rule is already in force since July of this year at the Federal level. Now, according to him, it is necessary to register it in the regional law.

According to the newspaper, the Deputy Sergey Kupchenko (“United Russia”) said that he was unclear as to the mechanism of action of the law in the case that someone will post information about the civil servant on the Internet or create their profile without your knowledge. Spravoross Alexander Egorov added that he could forget about the existence of some of its accounts.

The Chairman of the Committee, in turn, stressed that this still concerns only state employees and not members. It is necessary to protect officials from fake accounts: will be considered genuine only specified pages.

Chetyrbok introduced colleagues the bill on 10 November. In his opinion, spreading information in social networks, employees make it available to the public, so the question of the limitation of private life is not.

July 1, entered into force the law “On state civil service”, which requires future officials to provide data about all the pages on the Internet over the last three years when applying for a job. Current employees of government agencies should report on virtual life until April 1 — as on income.

Failure to provide information may result in dismissal of officials.