Why mission “Curiosity” was under threat. 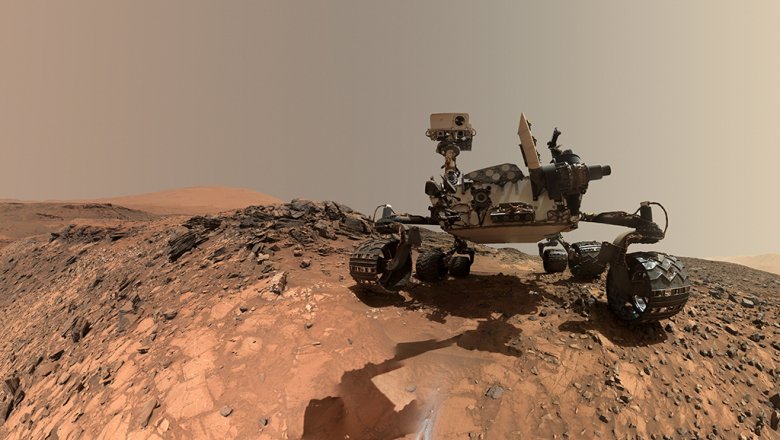 For a week the Mars Rover “Curiosity” can not move, transfixed on the approach to mount sharp. All its electronic systems operational, but he stands, awkwardly stretching out a hand. The reason for stopping serious — the Rover is stuck drill. All work with the manipulator stopped, the engineers on the Ground looking for the cause of the fault and trying to remotely give commands to the instrument.

In the expedition of “Curiosity” it is a pretty boring stage: the scenic highlands of Murray remained behind, and the nearest rock of mount sharp are still a couple of kilometers. Them and overcome, the Rover, looking around at the surrounding dark Sands and gypsum layered deposits. 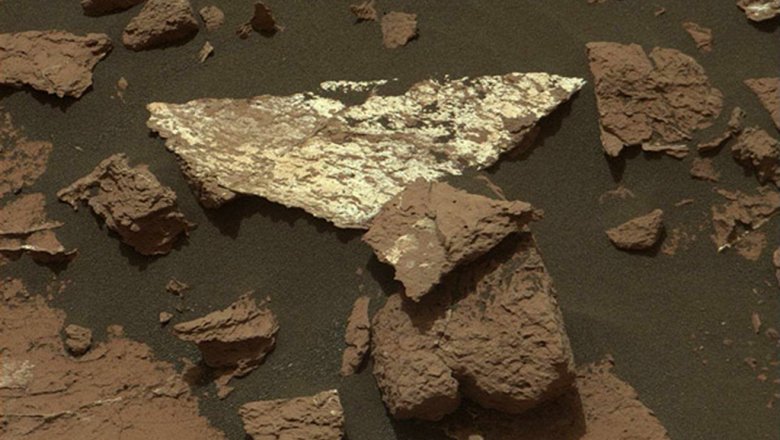 On the way, “Curiosity” was met by a small meteorite, which, though slightly varied the impression of dull plain. 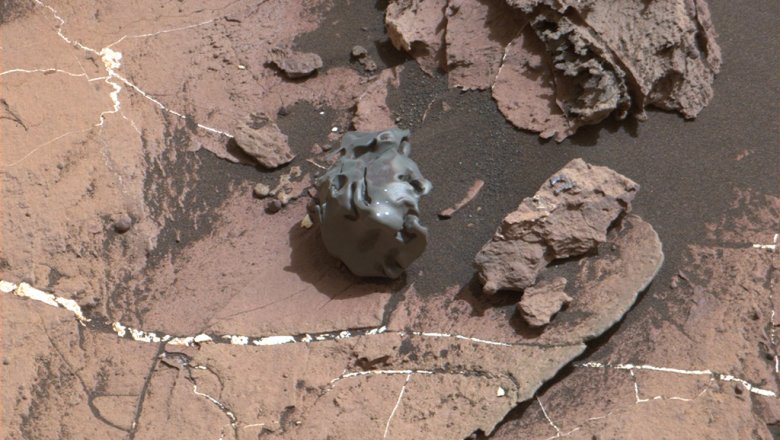 Although NASA already well imagine the structure and composition of the soil of this plain, it was decided to conduct regular soil sampling to the Rover studied it with its internal laboratory instruments: gas chromatograph SAM and CheMin x-ray diffractometer. Scientists have chosen a suitable convenient place, fired his laser spectrometer ChemCam, brought the paddle and gave the drilling device to start working.

Checking the Rover the next day, the researchers found that the test wells under the drill was not there. Failure occurred — not the first for drilling the device, but all the previous had a different character. To understand this more, read the device for soil sampling.

On the rocker “Curiosity” are two of the research instrument and three working tool. 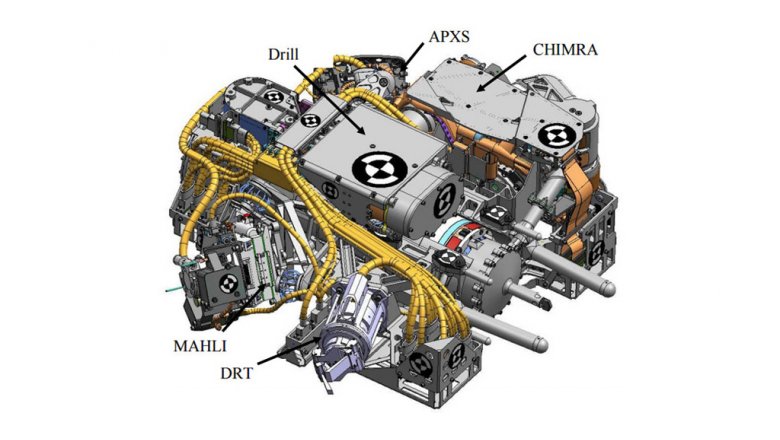 Alpha-proton spectrometer APXS is a canadian device that allows to determine the chemical composition of the samples to which it is pinned. Microcamera MAHLI shows the surface in a tenfold increase with top quality. She makes an impressive selfie of the Rover.

For added protection, the MAHLI camera has a mechanical lens cover from dust.

DRT metal brush cleans dust and sand separate the parts of the surface, that studies using ChemCam, APXS or MAHLI.

Two more tool on the manipulator is designed for taking soil samples and preparing them for loading in the inner laboratory instruments. Sensitive devices require limited amounts of bulk samples with the size of the grains is not more than 1 and 0.15 mm.

news from Mars: Curiosity sent to Earth its self

The CHIMRA instrument carries out two related functions: collects soil bucket or gruntovannye borax, and also sifts and meters the samples before loading in the hopper on the housing. CHIMRA is a complex of tanks, pipes and seat, which moves dry soil and separated into samples and unnecessary sludge. Moving and sifting occurs under the action of gravity of Mars, the motions of the manipulator, the vibration from vibroseparator and vibrations from the percussive mechanism of the drill.

The drill is massive and complex element of the manipulator. Her drill is able to penetrate into the surface of Mars to a depth of seven inches and lift out the soil samples. This is ensured by the structure of borax is in the form of a hollow tube, through which passes the drill with a wide and short cutting part. 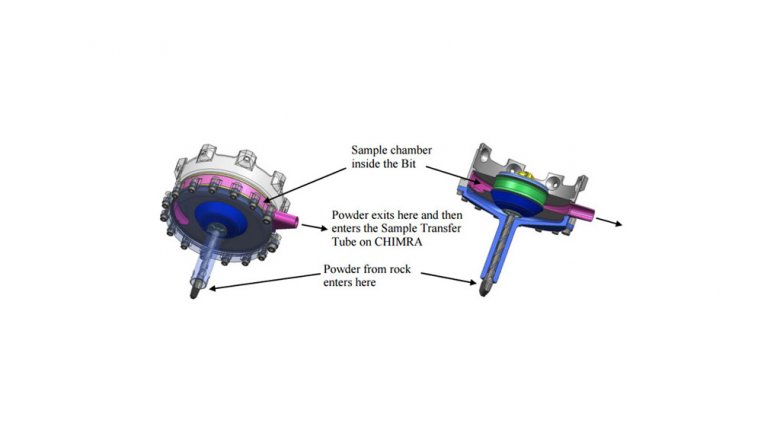 During drilling operations manipulator unit is stationary and rests on the ground two “horns” in the front. The supply auger and the force on the drill bit to the internal mechanism.

To improve drilling functions drill equipped with a “percussion” — an electromagnetic shock mechanism which creates a reciprocating motion of a striker with a frequency of 1800 blows per minute transmitted to the base of the drill. It helps in the movement of soil samples in CHIMRA. The shock mechanism has become the source of the problems with the manipulator — side system repeatedly recorded short circuit somewhere in its bowels. 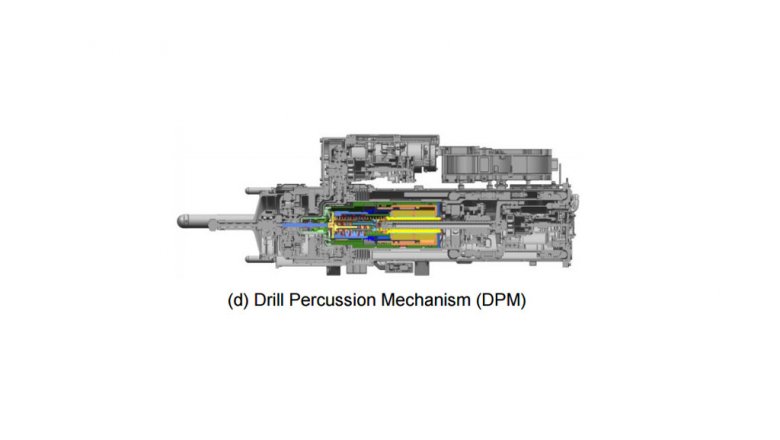 The reason for their not yet known, but they occur not every time you start the drummer. The performance of the drill managed to save only thanks to the backup supply. However, the current failure is not related to short circuit of the percussion mechanism.

Just a couple of days before last incident “Curiosity” has held a series of cleaning internal cavities of CHIMRA, using only your vibromachines — without the use of a striker drills. This test is conducted in advance, in case in the future will have to do without “percussion”. Cleaning, like, successful, although the current failure occurred immediately after it, but there is no evidence that between these two events there is a causal relationship.

When it came time to do a new well, the drilling device is rested on the ground, but the feed mechanism of the drill didn’t work — it looked like he just jammed. However, NASA engineers still hope that the failure occurred in the pressure sensor.

The movable part of the tool includes a drilling head, the extraction system soil, motor, spindle with transmission mechanism, the percussion mechanism. 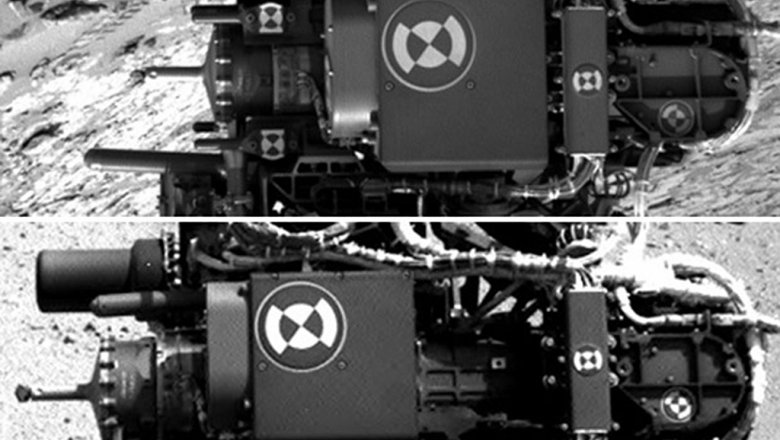 The extension of the movable part of the drilling mechanism is held by the system of rollers and rails and is carried out by rotation of the screw spindle, which is converted into translational motion through a ball-screw transmission. The feed motor is placed in the fixed base drilling device and provides a load of 12 pounds-force on the drill. 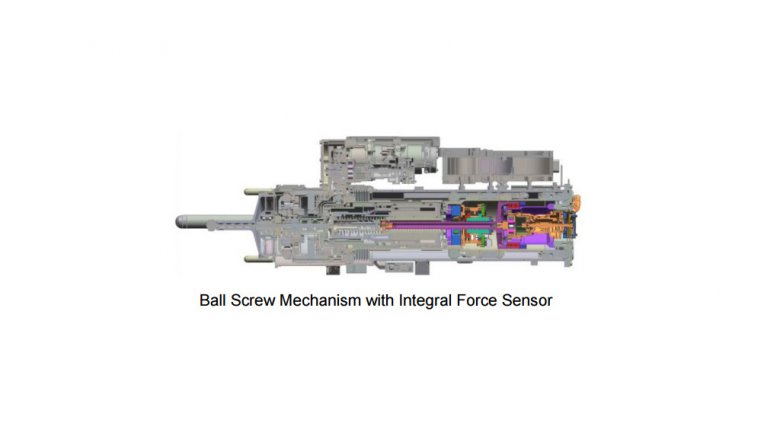 The reason for the failure lies in there somewhere: possibly seized motor, probably with a ballpoint transmission possible — what are the most hope in NASA — in force sensor. If the problem is in the sensor, disabling it or reflashing might help. If the fault is in the mechanics, it is much more difficult. 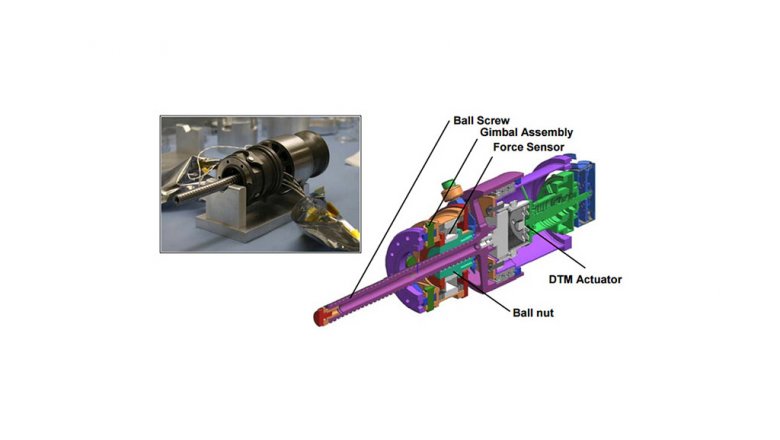 According to the staff, which reports the Rover, there is concern that the cause of the failure is still mechanical. The Rover a few days in a row off the manipulator, apparently during tests the various commands, and only on the third day, the engineers managed to achieve the nomination of the drill about one millimeter. Unfortunately, this is the only success.

On the Rover there are two pencil case with spare drills, but the replacement drill has never made, because the current depreciation is not so significant. At most sites, drilling was in a tight compacted dry soil, and only once “Curiosity” had to take a pretty solid Sandstone. Perhaps the engineers are afraid of a disruption when changing drill bits and don’t want to risk it.

If the feed mechanism of the drill is not corrected, the functionality of the Rover will fall significantly.

At least the performance of his work for the geologists greatly reduced. The drill provides the extraction of soil from specific geological layers that have been preserved without the influence of external conditions a few million years. Earlier in the course of the simulation, researchers found that organic compounds in the upper five centimeters of the Martian soil is destroyed under the action of cosmic radiation within one billion years. If access to them is not, then will only loose the result of weathering, which is to draw a bucket.

Collected sand is difficult to bind to a specific geological layer, and then defining the geological history of Mars has been stalled, despite the fact that this is one of the main goals of the expedition “Curiosity”.

To date, the Rover has passed more than 15 kilometers, but is still on the approach to the main object of his research — the slope of mount sharp (Eality). The most interesting target from the point of view of the search for possible evidence of ancient Martian life — Hematite ridge and deposits phyllosilicate clay is still ahead.