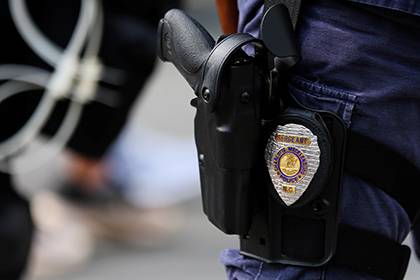 Police in California shot and killed a 73-year-old Francisco Chamois, suffering from senile dementia. About it reports Los Angeles Times.

According to the publication, in rescue service received a call from a neighbor of the elderly man. She claimed to have seen him walking down the street with a gun in his hand.

Arrived at the patrol opened fire on the horn and shot him. At survey of a body and the search in the house of weapons were found.

According to the preliminary version, object, mistakenly taken for a gun was a wooden crucifix, which the victim was clutching in his hands.

“My father had no weapon. He was a harmless pensioner”, — said the son of the victim.

On June 24 of this year in the suburbs of Baltimore police shot and killed an unarmed African-American Spencer Lee McCain. A patrol arrived at his house after a call about domestic violence. The woman who lived there complained that McCain is threatening to beat her and the children. On call arrived three police officers who opened fire on McCain, thinking he was armed, but later it turned out that the weapons he had.

In may last year, the Washington Post published data showing that a day at the hands of guards in the U.S. on average are killed two people.