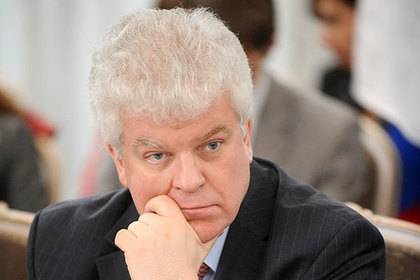 Moscow is open to intense mutual dialogue with the EU on key foreign policy issues, but also ready for military cooperation. This told Russia’s permanent representative to the EU Vladimir Chizhov in an interview with the newspaper Die Welt published on Wednesday, December 14.

“It is quite possible to imagine that the Russian army could take part in the operations of the European Union as well as do a third of the country,” said a senior diplomat.

According to him, Moscow and Brussels are already closely cooperating in missions against pirates in Somalia and in operations in Chad and the Balkans.

Chizhov noted that the main goal of such interaction is to ensure stable and constructive cooperation in crisis situations. “Such operations must be alternately under European and Russian command, while remaining under the auspices of the UN,” — said the diplomat.

He also added that the EU remains an important partner of Russia in trade and economic issues.

In 2014, a number of countries, including the USA and member States of the European Union have imposed sanctions against Moscow, linking them with the annexation of Crimea to Russia, and then the conflict in the South-East of Ukraine.