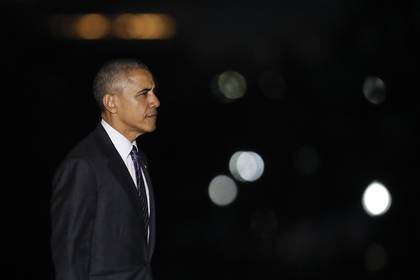 President Barack Obama signed a lease agreement for office space in the headquarters of the world wildlife Fund (WWF) in Washington. On Monday, December 12, reports The Washington Post.

Officially this information has not been confirmed. Obama’s spokesman Amy Brander only said that “after the head of state leaves office, he will have an office in Washington, D.C.” What a politician will do after the presidential term is not specified.

According to the newspaper, the WWF building is located in the West End, the organization rents office space for rent. The room is located about a mile (1.6 kilometers) from home in which to live Obama and his family.

Occupation Obama after the resignation is still unknown. At the end of October, the Director of the Institute of USA and Canada studies Valery Garbuzov suggested that the politician will build the native libraries. Earlier The New York Times reported that a politician can get a job in Silicon valley. According to the newspaper, the assistant to the President at least 10 visits to the centers of development of high technologies in California, where he could discuss his employment.

Obama holds the position of President of the United States from January 20, 2009. In 2012 he was re-elected for a second term, which ends in January 2017. In the White house he will be succeeded by Republican Donald trump.