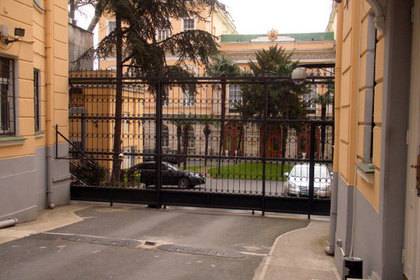 The Consulate General of Russia in Istanbul

Near the Russian Consulate-General in Istanbul, Turkey strengthened security measures. It is reported RIA Novosti with reference to the statements of diplomats.

According to the press attache of the Russian Embassy in Ankara, Irina Kasimova, Consulate General guard because of the “anti-Russian actions”.

Twitter “media center revolutionary forces of Syria” posted photos with such actions — the participants expressed disagreement with the participation of Russia in operations of the Syrian government forces for the liberation by the rebels of Aleppo.

On the evening of 12 December it was reported that government forces in Syria and allied forces were left to clean up from the opposition three small quarter of Aleppo.

“When the fighting there is over, we can safely say that the city is completely under the control of the Syrian army,” — said the militia headquarters in the city.