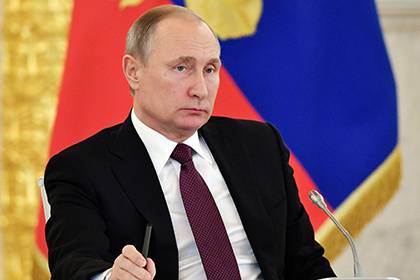 Russian President Vladimir Putin said that the US is a great country and the American people — the great. He said this in an interview with Japanese media, the transcript of which is published on the Kremlin website.

At the same time the head of state criticized the thesis of President Barack Obama about the exclusivity of the American nation. “(…) To talk about exclusivity, I think it’s absolutely redundant, and this creates certain problems in the relationship, not only with Russia, I think,” said the Russian leader.

Commenting on the possibility of meeting with the newly elected President of the United States Donald trump, Putin said he was ready for her at any moment. However, according to him, it is better to wait for the inauguration of the new head of the American state.

“(…) I think that this is a difficult stage of formation of the new administration, we need to be patient and wait until it will be done”, — said the President of Russia.

Vladimir Putin will visit Japan on an official visit on 15-16 December this year.