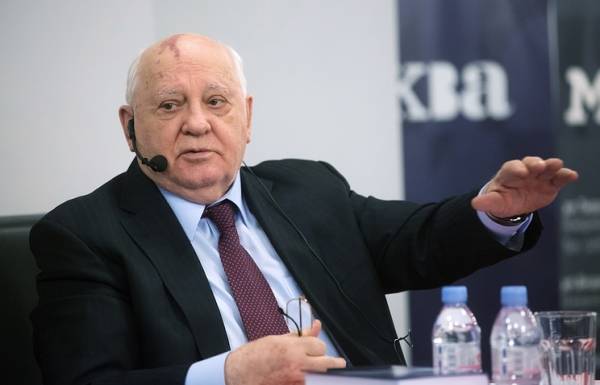 “The Soviet Union – no, and Union Yes. I believe that the new Union can be,” he said in an interview with TASS, dedicated to the 25th anniversary of the collapse of the Soviet Union. “Old boundaries and with the same composition, willingly…”, he said.

In an interview with TASS, dedicated to the anniversary of the signing of the documents on the actual liquidation of the USSR – the so-called “Belavezha accords”, Mikhail Gorbachev explained why not tried to arrest Russian President Boris Yeltsin, the head of Belarus Stanislav Shushkevich and the leader of Ukraine Leonid Kravchuk. The former President of the USSR expressed the view that the arrest of Republican leaders could turn into civil war. “I think it smelled the civil war. It is dangerous. I took another – I gave power, I quit to avoid bloodshed,” he said.