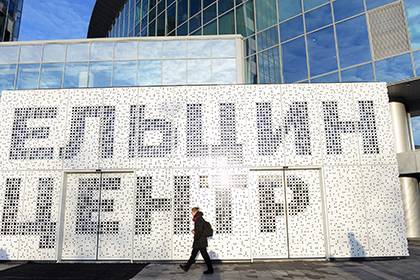 “The Museum of the Yeltsin centre is the most visited in the region, 800 people a day. After Mikhalkov’s speech, I think attendance will grow,” — says Roizman.

Earlier in the day the Governor of Sverdlovsk region Yevgeny Kuyvashev invited film Director Nikita Mikhalkov, who accused the Yeltsin center in the destruction of the national identity of children in Ekaterinburg and had promised him to personally conduct a tour of the Museum.

On 9 December the parliamentary hearings in the Federation Council, the Director criticized the activities of the Yeltsin center, which, according to him, gives a biased estimate of the history of Russia, thus every day, destroying the national identity of hundreds of visiting his children.

He stated that, despite the fact that never was in the Yeltsin center, he has a “very complete picture” about what is happening there at shot about it. The widow of the first President of Russia Naina Yeltsin called the words of Mikhalkov lie, he sent her an open letter explaining its position regarding the work of the Centre.

“The presidential center B. N. Yeltsin” was opened in Yekaterinburg in November 2015. It was conceived as a socio-political organization that promotes the rule of law, the study and development of Institute of presidency in Russia. There are Museum, library, archive, educational and children’s centres, and exhibition halls.