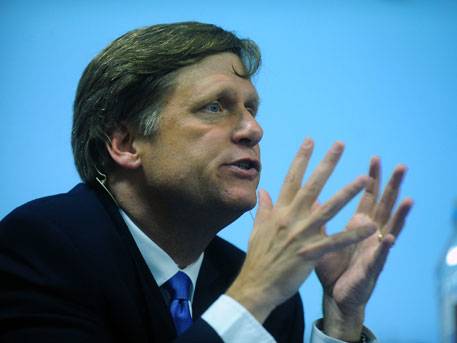 The Federation Council member Alexei Pushkov commented on the idea of former US Ambassador to Russia Michael McFaul to recognize Sputnik and RT in the United States by foreign agents. About this he wrote on his Twitter page.

According to Pushkov, such calls ex-diplomat similar to McCarthyism (the movement in the United States in the mid-twentieth century, which is characterized by anti-Communist sentiments).

Pushkov noted that McFaul is desperately looking for those who would be to blame for the defeat in the elections in the US democratic candidate Hillary Clinton.

“Call McFaul register RT and Sputnik as foreign. agents (!) is pure McCarthyism. We have no US media has no such status, McFaul is desperately looking for scapegoats for the defeat of Clinton. But neither Moscow nor Ross. Media have no relation to him. Just won a trump. All”, – wrote Pushkov.

Earlier, former U.S. Ambassador to Russia Michael McFaul suggested to consider the inclusion of RT and Agency Sputnik in the list of foreign agents, saying that they allegedly supported the election of Republican candidate Donald trump.