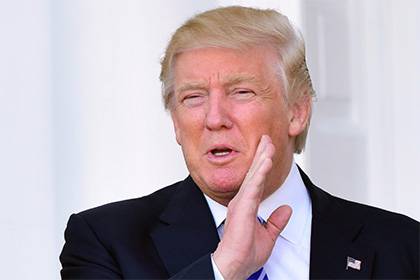 Donald Tramploline: Team trump has rejected speculation about aid from Russia in the elections

The CIA concluded that Russia in 2016 interfered in the elections of the President of the United States to help defeat the Republican Donald Trump. This writes The Washington Post, citing informed officials.

Intelligence agencies have identified a number of persons, allegedly with ties to the Russian leadership, who provided the website WikiLeaks of thousands of stolen emails of the National Committee of the Democratic party (NDCP) and the headquarters of its candidate Hillary Clinton. Allegedly, these individuals are known to the intelligence community as figures who worked within the framework of large-scale Russian operation aimed at causing damage Clinton and the rise of trump.

“According to the intelligence community that Russia’s goal were specifically to act in favor of one of candidates to help elect Trump,” said a senior U.S. official, recounting information that informed the senators.

Washington has repeatedly accused Moscow of meddling in the election campaign of the United States. Under the assumptions of the Democrats, in July, Russian hackers broke into the servers NCDP and the party Committee of the Congressional. Moscow these accusations were consistently denied.

The United States presidential election held on 8 November. According to recent reports, trump scored 306 electoral votes, while it should be 270. Clinton scored 232 votes. The voting of electors who formally elect the President, December 19th. Congress will approve the results of the January 6, 2017. The inauguration will take place January 20.