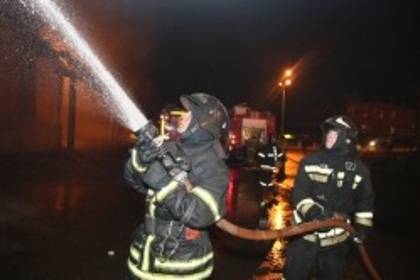 In a private house in the village of Ulyanovka Tosno district of Leningrad region there was a fire, reports TASS. Killed five people, including three children aged five, 10 and 12 years.

The message about the fire entered the remote duty on Friday, December 9, at about 21:00, according to the website of the regional Department of EMERCOM of Russia. “The burned house and disused building on the area of 115 square meters,” — said the rescuers.

At the scene working operative group, set all the circumstances of the incident. Solves a question on excitation of criminal case.

28 November in the Moscow suburb of Khimki, a family of three people have died from choking by smoke from a burning washing machine. Victims of the fire were husband and wife and their child.