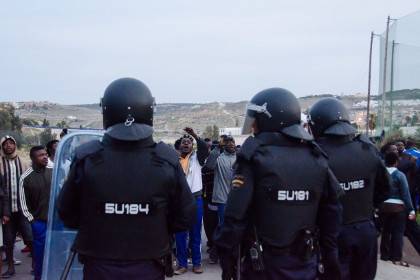 Over the fence separating Morocco from the enclave broke through the crowd of refugees from African countries located South of the Sahara. About it reports Reuters.

The migrants were taken to a detention center where they will expect a decision on the legal status in Spain, authorities said.

Migration crisis erupted in Europe in 2015. Once in March 2016 was covered by the so-called “Balkan route”, in which refugees from the Middle East made their way to the EU via the territory of Macedonia and Serbia, the main flow of migrants moved through Italy. Settled in Serbia, migrants are also looking at ways in Western Europe.