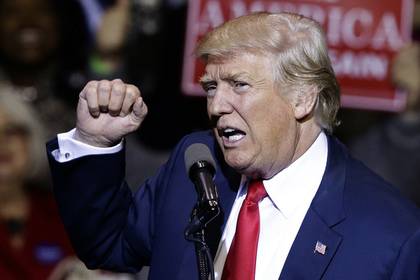 The senators urged the elected President of the USA of Donald trump to take a “tough stance” against Russia because of the situation in the South-East of Ukraine. On Thursday, December 8, according to Reuters.

Appropriate appeal sent to a group of 27 members of the upper house of the us Congress, which included 12 Republicans, led by Senator Robert Portman and 15 Democrats, led by Richard Turbina. “In light of the ongoing aggression by Russia and repeated refusals to respect Ukraine’s territorial integrity and sovereign right to choose its own destiny, we reiterate our call to the United States to increase political, economic and military support of Ukraine”, — said in the letter, the text of which was available to the news Agency.

Also, the senators urged trump not to recognize the annexation of Crimea to Russia and not to lift sanctions against Moscow.

During the election campaign, Donald trump has repeatedly expressed its sympathies to President of Russia Vladimir Putin promised to improve relations with Moscow. He also said that in case of victory on elections will consider issues of recognition of the Crimea part of the Russian Federation about the lifting of sanctions.

In 2014 against Russia from the European Union, the United States and several other countries imposed restrictive measures because of its occurrence in the Crimea and the aggravation of the situation in the South-East of Ukraine.