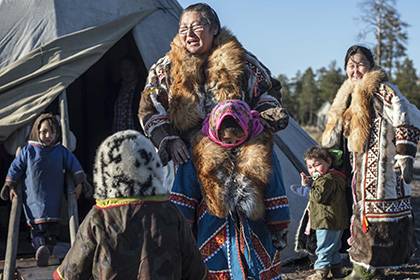 The preservation of language, culture and traditions of the indigenous peoples of Russia will be given attention. This was stated by the President of Russia Vladimir Putin, informs the correspondent of”.ru” on Thursday, December 8.

“Of course, a question of crucial for a country like Russia is important. We surely will take up this matter,” — said the head of state at a meeting with members of the Council for human rights.

He expressed regret with the fact that the preservation of cultural diversity of the country engaged in “residual principle”.

On 31 October, Putin supported the initiative on creation of the law of the Russian nation. It is based may lie the strategy for the development of national relations.

Member of state Duma Committee on nationalities Affairs Grigory Ledkov noted that the document may be developed and adopted during the year.

October 5, at the first meeting of the state Duma of the seventh convocation, the President said, is a key condition for preserving the statehood and independence of Russia, the unity of the people. According to him, the strength of the country is “among the people”.