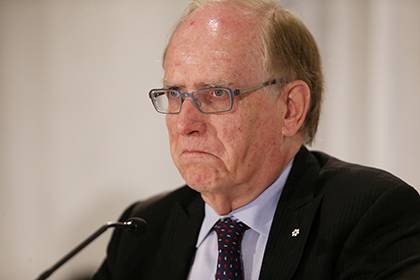 Member of state Duma Committee on physical culture, sports, tourism and Affairs of youth Vasily Vlasov questioned the competence and adequacy of canadian lawyer Richard McLaren, head of the independent Commission of the world anti-doping Agency (WADA). The MP said “the Tape.ru” on Friday, December 9.

“I think he’s not really friends with the head. He would have rebuked the deputies of the state Duma that we ran, and substituted the doping samples of the athletes,” — said Vlasov.

In his opinion, Western countries accuse Russia of fraud because you can’t “beat the competition in a fair fight”. “In the West are just afraid of strong opponents, so by all means try to find some fraud,” he concluded.

Earlier on Friday, McLaren said that the Russian athletes were systematically participate in the machinations of the doping tests after the failure of the national team at the winter Olympics 2010. According to him, the scheme of substitution of samples was tested at the Universiade-2013 held in Kazan.

9 Dec McLaren made the second part of the report of WADA about the problems of doping in Russian sports. The first was published on July 18, in her Moscow blamed the existence of the state-supported system of doping athletes.

In November, the head of the Duma Committee on sport Mikhail Degtyarev invited the Chairman of WADA to act in the lower house of Parliament with the evidence.