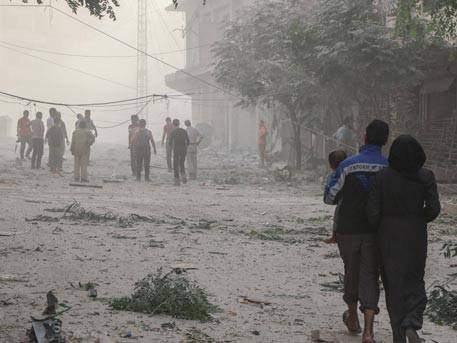 The Russian military provide assistance to residents of Eastern Aleppo, who manages to escape from terrorists controlled areas, according to the Center for reconciliation of the warring parties in Syria. It is noted that in the last 24 hours of the occupied quarters went 8 461 people, including nearly three thousand children.

14 Islamists laid down their arms, and out into the Western part of the city by Syrian troops, all of them were amnestied in connection with the decision of the President of Syria.

In addition, the Department reported that it is demining the liberated areas. Today fully cleared 6 acres of residential areas. And also restored the Central water pumping station, 2 stations, 2 schools and 2 mosques.