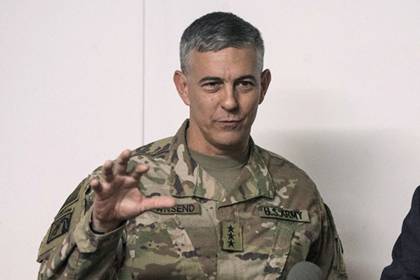 The operation to liberate the Iraqi city of Mosul from the militants of the terrorist group “Islamic state” (IG, is prohibited in Russia) will continue for another two months. This was stated by the commander of U.S. troops in Iraq, Lieutenant General Stephen Townsend, according to Reuters.

The General said, the situation in Mosul remains difficult, as hostilities have to be conducted in a big city with a complicated layout of the streets.

While Townsend added that, despite the military defeat of ISIS will continue to pose a greater threat to Iraq and Western countries.

Mosul more than two years is under the control of militants. Ground military operation to liberate the city began on 17 October this year. It involved units of the regular Iraqi army, the Kurdish militia and formation of volunteers. The international coalition led by the USA, which supported the offensive from the air and provides artillery support.

The total number of attacking troops the city is about 100 thousand people. According to us intelligence, resistance to them can have about five thousand fighters.

At the end of October this year, the head of US command in the middle East, General Joseph Votel said that the resistance of the terrorists will increase as the deployment of offensive. “We expect new challenges, will be used against us booby-trapped cars. They have been preparing for this battle. We will very soon be faced with this,” he said.