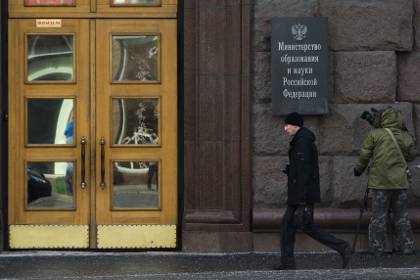 The acting Director of the Department of science and technology Ministry of education and science appointed Sergei Matveev. About it RIA Novosti reported on Wednesday, December 7, the press service of the Ministry.

“Matveev, his Deputy is the acting”, — reported in Department.

Earlier Wednesday, the application on resignation was written by the Director of the Department of science and technology Sergey Salikhov. In addition, from their positions left his three deputies.

On 28 November the President of Russia Vladimir Putin dismissed four senior officials from Upravdelami the President, the FSB, the defense Ministry and the interior Ministry for their election to the Russian Academy of Sciences (RAS).

Later Medvedev for the same reason dismissed from his post as Deputy Minister of education and science Alexei Lopatin.

The Chairman of the Duma Committee for education and science Boris Chernyshov expressed the hope that the sacked officials will now undertake a scientific breakthrough. The head of the RAS Vladimir Fortov, in turn, said that he is not ready to employ them.