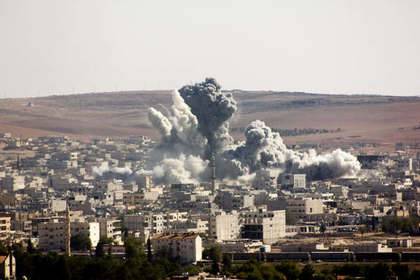 About 50 thousand militants of the terrorist group “Islamic state” (IG, is prohibited in Russia) were destroyed in the two years since the beginning of operations of the international coalition. About it reports on Thursday, December 8, Reuters, citing a source in the Pentagon.

The interlocutor of the Agency stressed that this estimate is “conservative.” He also noted that the coalition led by the USA, including the BBC of its member countries, showed high efficiency.

6 December, President Barack Obama acknowledged that the mistakes made by Washington for military operations in Iraq, became one of the reasons for the emergence of ISIS. The American leader stressed that the coalition has inflicted on the terrorists more than 16 thousand air strikes, but Islamic state has lost more than half its controlled territory. “Ultimately the backbone of the IG will be broken,” said Obama. However, he acknowledged that the fight against extremism in the middle East may last for several generations.

Led by the Washington coalition of several dozen States conducts operations on the territory of Iraq and Syria in 2014. It is from the air support Kurdish and some opposition forces in their fight against the terrorist group “Islamic state”.