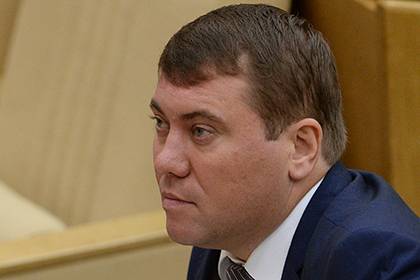 The first Deputy Chairman of state Duma Committee on regional policy and problems of North and Far East Ivan Abramov considers unfair the fact that the far Eastern Federal district will receive from the budget less than a number of other regions. This view he expressed in an interview with “Tape.ru” on Wednesday, December 7.

“Even at the meeting of the security Council voiced that it is necessary to give impetus to the Far East. Still the far Eastern regions feel significant underfunding, and all the programs,” — said the Deputy.

In the second reading of the draft Federal budget for 2017-2019, the next year the Chechen Republic relies more than 40 billion rubles of subsidies to the Amur region will allocate 4 billion. “We always somehow are funding the Caucasus is much more than the far East. I do not agree,” — said Abramov.

Earlier Wednesday, Russian President Vladimir Putin at a meeting of the security Council noted that the far East is of special importance due to its proximity to the Asia-Pacific region. “In the state of FTP will be special sections on the Far East, and the amount of funding in specific areas should be calculated so that not just to fill the gap, and to provide rapid development”, — quotes the President RIA Novosti.

On 5 December, the first Deputy Chairman of the Committee on budget and taxes Sergey Katasonov announced that Chechnya in 2017 will receive from the Federal Treasury more than $ 40 billion. Support for other regions will grow by about 15 percent, he said.

At the end of October, Finance Minister Anton Siluanov has proposed to cut funding for the CHR. The head of the region Ramzan Kadyrov has called the Agency’s initiative inadmissible, explaining that Chechnya “is only now getting on its feet.” Later it became known that Putin instructed the Cabinet to discuss the issue of increasing funding of the North Caucasus.