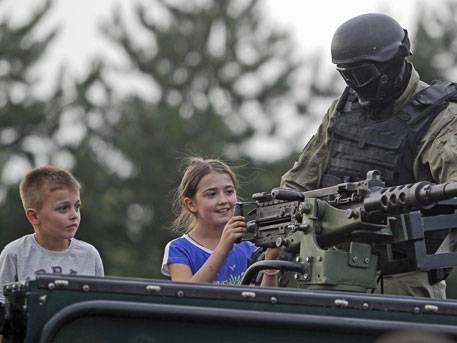 Journalists of the British newspaper The Guardian reported that the Lithuanian students received about 30 thousand textbooks for resistance to Russian troops in case of a sudden “invasion of Russian troops” in the Baltic country. According to the publication, such concerns Lithuanian authorities have arisen after winning trump in the presidential election in the United States.

During his election campaign, the Republican has frequently stated that he would reconsider the U.S. position on the protection of NATO allies, but also “normalize relations with the Kremlin.”

As journalists report, the textbook “Leadership resistance” with a thickness of 75 pages describes ways to counter the Russian military. It is given out in government schools as well. As stated by the Minister Acabaron of Lithuania, in the country there is growing interest in the protection of state interests.