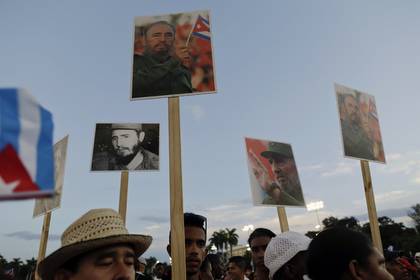 Cuban authorities intend to forbid to erect monuments in honor of the former leader of the country Fidel Castro. On Saturday, December 3, said the Chairman of state Council and Council of Ministers Raul Castro, the Associated Press reports.

According to him, the commander didn’t want his identity made a cult. Thus, in addition to the erection of monuments, the government banned the name of an establishment, street, parks and public places in the name of the leader of the Cuban revolution.

“In accordance with the will of Fidel Castro during the following sessions of the National Assembly of people’s power, we will present the relevant legislative initiatives” — leads TASS words of Raul Castro.

Fidel Castro died on November 25 at the age of 90 years. Cuba was declared nine days of mourning. The body of the Comandante was cremated. The official farewell ceremony for the leader of the Cuban revolution will be on December 4, then an urn with the ashes buried in a cemetery in Santiago de Cuba.