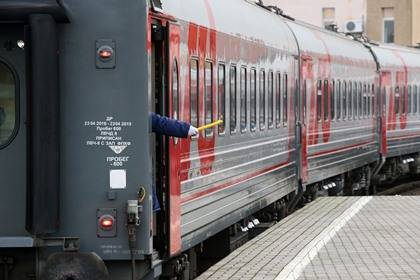 In Smolensk was hospitalized 16 teenagers, who were traveling on the bullet train Moscow — Kaliningrad. About it reports on Saturday, December 3, the Moscow interregional investigative management on transport SKR.

According to him, children aged 11 to 17 were taken to the infectious Department of a hospital in the city. They showed signs of acute intestinal infection. Five more teenagers to be hospitalized did not.

As noted, the children in the group of 79 people were returning after sightseeing in the capital. They are the residents and students of educational institutions of Kaliningrad.

The Department of transport has initiated preliminary examination of the incident. The results will be a procedural decision.

As reported TASS the head of the Bryansk investigatory Department on transport Anatoly Korpachev, the food in the train students is not allowed. “The children were fed in Moscow, presumably in “mu-Mu”. But it now turns out,” he said.