In Crimea, a yellow sand rain fell from North Africa 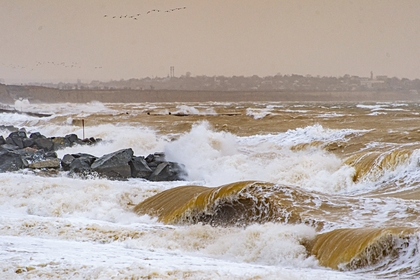 On Monday, November 29, a yellow rain with sand fell on the Crimean peninsula – unusual precipitation brought warm air masses from areas of North Africa. RIA Novosti writes about this with reference to the Crimean hydrometeorological center.

Due to the sharp change in weather, the inhabitants of Crimea have witnessed an unusual yellow rain with sand. Thus, precipitation fell in Yalta, Alupka, Simferopol and other regions of the republic in the first half of the day. The average temperature on the peninsula was about 20 degrees above zero.

As explained in the regional hydrometeorological center, the phenomenon is associated with strong winds. “Both at the ground and at high-rise buildings up to 10 kilometers the same direction, the jet stream – could very well have brought sand from North Africa, Sahara,” – noted experts.

Earlier in February, residents of Krasnodar complained about a strange snow on the streets and filmed it. According to the Russians, they found yellow snowdrifts in several locations. Also, sand-colored precipitation fell in other cities of the Krasnodar Territory, as well as in the Republic of Adygea.