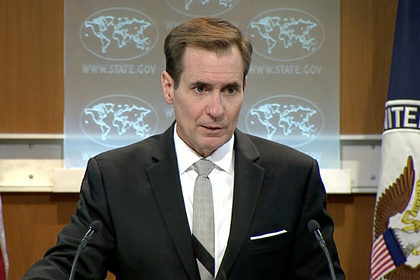 Pentagon spokesman John Kirby accused Russia of the fact that it continues to increase the number of its troops near the border of Ukraine. This is reported by TASS.

“We continue to see movements, we continue to see an increase in their forces,” said a spokesman for the US Department of Defense. He clarified that it is allegedly about “combined units” that “continue to assemble on, or not on, but near the Ukrainian border,” which Washington “continues to watch with great concern.”

A Pentagon spokesman added that the United States “continues to urge Russia to be more transparent about what it is doing, what its intentions are.” nothing happened, the “redeployments and maneuvers” of Russian troops were carried out on Russian territory. Kremlin spokesman Dmitry Peskov also said that Russia has not prepared, is not preparing and will not prepare any attacks on anyone.