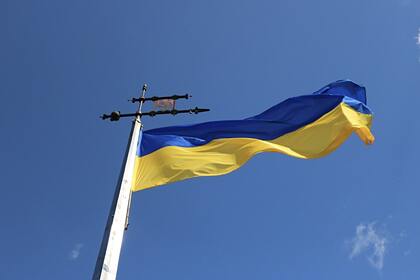 Vice Prime Minister for European and Euro-Atlantic integration of the country Olga Stefanishina during negotiations within the framework of development cooperation between the government of Ukraine and the government of Germany said that Kiev has made progress in the implementation of the agreement on accession to the European Union (EU) by 60 percent. She is quoted by RIA Novosti.

“Progress in the implementation of the association agreement reaches 60 percent – this is also a good signal for European companies that the Ukrainian regulatory environment is gradually aligning with the EU norms and rules,” Stefanishina said. .

Earlier, NATO Secretary General Jens Stoltenberg called the condition for Ukraine's entry into the alliance. According to him, this will happen if all 30 member states support such a decision, but Russia cannot interfere in this process. The Secretary General noted that the organization supports Kiev on the path to membership and Euro-Atlantic integration, including through reforms, fighting corruption, strengthening defense and security systems in order to meet accepted standards.

Under the former president of Ukraine, Petro Poroshenko the course of joining NATO and the EU was enshrined in the country's constitution.