Scientists talked about the possibility of creating self-healing houses 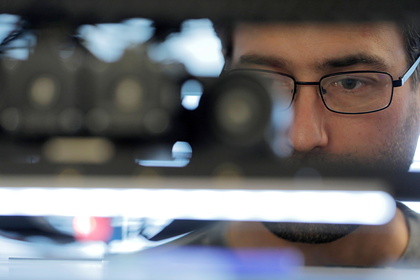 Scientists at Harvard University have described the technology of using living ink in the construction of houses. The study was published in the scientific journal Nature Communications.

Experts from Harvard University and Harvard Medical School have created a new type of living ink that can be used to print building materials. In the future, there is the possibility of erecting buildings, walls and all communications of which will be restored on their own. This eliminates the need for repairs.

The researchers said that microbiological engineers have worked for several years to create living materials suitable for building buildings. The most difficult thing in this process turned out to be to make the obtained materials retain their volumetric structure. The problem was solved when microbiologists isolated building ink using Escherichia coli.

At the finishing stage, specialists took living nanofibers and bound them with resin that could be used in 3D printers. Scientists also used the anticancer agent azurine and the toxin Bisphenol A.

Researchers believe that the resulting ink can be used to build materials for the construction of houses. Thanks to their structure, nanofibers can self-repair and repair damage to the walls of the future home and other communications. Scientists also noted that in the future, such buildings could be erected during the colonization of Mars.

In November, Deputy Director of the Research Institute of Building Materials and Technologies of MGSU Alexei Adamtsevich said that the transition to new technologies in construction could reduce the cost of housing. The expert called the printing of materials for houses on a 3D printer as one of the alternatives to the classic construction site.