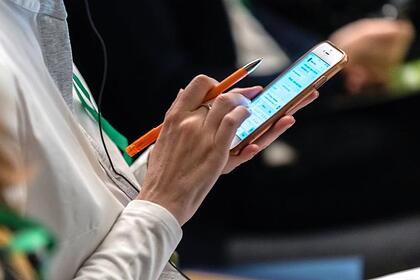 numbers on State Services will be unavailable from the first days of December. Beeline found out that the employees of the companies are aware of the upcoming changes in the law “On Communications”.

According to the amendments, users of corporate SIM-cards need to enter data about themselves and their number into the Unified Identification and Authorization System on the State Services portal in order to avoid blocking. The fact is that from December 1, telecom operators will not be able to provide communication services using corporate numbers not registered in the Unregistered Unified Information System, and their service will be suspended.

For the study, Beeline used its own mobile polls service. 1,000 people took part

62 percent of respondents know about the upcoming restrictions. The employer reported this to 54 percent of those surveyed. Eight percent learned about them from other sources. 38 percent of the study participants were unaware of the situation.

At the same time, 23 percent entered the data into the unified identification and authorization system, and eight percent plan to do this by December 1. And 54 percent of the respondents admitted that they do not know how to do this.

Analysts believe that if we extrapolate the survey data to the entire Russian business, it turns out that only 31 percent will fulfill the requirements of Law 533-FZ by December 1 , and 69 percent do not know about them or have technical difficulties with entering data into the portal. Thus, experts say, at the beginning of winter, Russian business risks losing up to two-thirds of its mobile capacity, which can significantly affect production processes and result in multibillion-dollar cumulative losses.

To activate a corporate number, an employee must have a confirmed account recording on the portal of State Services “. A legal entity or individual entrepreneur must transfer information about users to a telecom operator. After that, you need to confirm the request “Activate corporate SIM-card” or send it yourself.