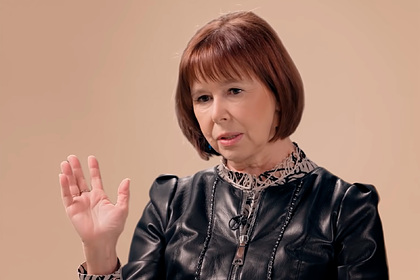 Russian actress Evgenia Simonova spoke for the first time about the fight against cancer. An interview with her was published on the YouTube channel “Tell Gordeeva.” “Pneumonia, and I have a performance in Irkutsk, tickets are sold out. Well, pneumonia – so what? I dressed warmer, drank antibiotics, went to the airport, got on the plane, knocked down the temperature, arrived, played, returned and continued to be treated. Then again filming ”, – remembered Simonova. She added that eventually the lung problems developed into a chronic stage.

In the early 2000s, doctors discovered a darkening in the image. In 2013, the actress went to Germany for treatment, where doctors found her adenocarcinoma. She had the entire lower lobe of her right lung removed, but ten days after the operation, Simonova was playing on the theater stage.

The actress is known from films and TV shows as “An Ordinary Miracle”, “Only” old men “go to battle” , “Method”, “Afonya”, “School Waltz”, “Children of the Arbat”, “Case No. 1” and “Evlampy Romanov. The investigation is being conducted by an amateur. “