Maxim Reshetnikov: wages are growing the most in the industries where most migrants are 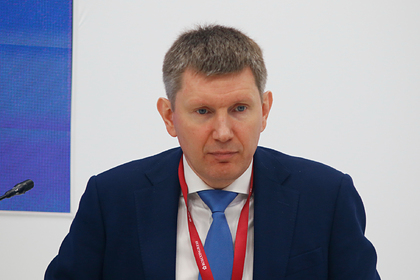 with visitors. According to him, currently salaries are growing the most in those sectors where there are many migrants. His words are quoted by the newspaper “Vedomosti”.

Speaking at the forum “VTB Capital” “Russia is calling!” the minister said: “We see that we have the greatest growth in wages in the sectors where there were the most migrants, and, accordingly, the labor shortage is felt the most.” Referring to the data of the Pension Fund, the minister also noted that now 15 percent of employees receive wages below the minimum wage (minimum wage). For 2021, it is 12,792 rubles.

As shown by the results of a recent study by SberCIB Investment Research, the middle class in Russia has increased wages by eight percent over the year (according to the results of the third quarter it was 42.9 thousand rubles), and savings reached 54.7 thousand rubles per family member. Average wages increased the most for workers in heavy industry, taxis, transport and catering – by 30 percent compared to the third quarter of last year. In agriculture, the growth was 27 percent, in retail trade – 22 percent. According to experts, wages have skyrocketed due to labor shortages.

According to the World Bank, in 2021 the volume of remittances from individuals to low- and middle-income countries will surpass the pre-pandemic level. This can be considered evidence of an increase in the income of labor migrants who send part of their earnings home.