Kommersant: The Supreme Court will decide whether it is legal not to appear at the meeting due to COVID-19 disease 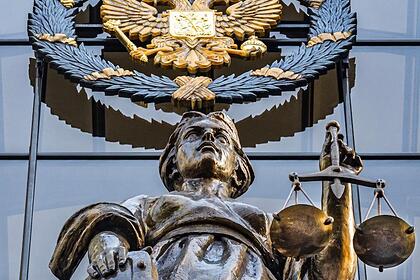 Supreme Court of Russia (ВС ) will figure out whether the coronavirus infection of one of the parties can be considered the basis for revising the outcome of the dispute. The newspaper Kommersant writes about this.

The reason for the revision was a dispute between NPTs Enercom-Service LLC and Valery Korneev, in which the losing party refers to the coronavirus disease and self-isolation as the reason for not being present at the meeting and the inability to provide the necessary evidence as a result.

The dispute is related to the fact that NPTs Enercom-service LLC, which was declared bankrupt in January 2019, transferred 3.18 million rubles to Korneev from 2015 to 2017 as salary payments, loan refund and transfers to the accountable person. The last payment was made on March 31, 2017, and the following month the court accepted the bankruptcy petition of the company.

In June 2020, the bankruptcy trustee Maria Bitsoeva challenged the money transfer transaction to Korneev in court. She argued that the transfers were gratuitous and were aimed at the withdrawal of assets, which caused property damage to the creditors, while Korneev himself was aware of this purpose. At the same time, he himself did not appear at the trial and did not provide evidence of his innocence.

In December 2020, the Moscow Arbitration Court collected 3.18 million rubles from Valery Korneev, noting that there was no evidence of his innocence in the case. At the same time, the court rejected Bitsoeva's arguments that the defendant knew about the purpose of causing harm to creditors.

Korneev appealed, but the court refused to admit additional evidence due to the absence of “a valid reason for not submitting it to the first instance court.” … However, the appeal did not mention the reasons cited by Korneev, and the cassation upheld the court's decision.

After this, Korneev appealed to the Supreme Court, insisting that he could not come to the meeting due to the fact that he contracted coronavirus while volunteering. He also provided a certificate of self-isolation and a letter of thanks from the Moscow Regional Duma for “active participation in helping citizens during the fight against COVID-19.” As a result, the Supreme Court considered these arguments worthy of attention and referred the case to the Economics Board.

Lawyers believe that the case attracted the attention of the Supreme Court precisely because of the reference to the coronavirus, and not another disease. At the same time, the opinion of experts on whether it is necessary to make concessions to citizens in connection with illness in arbitration disputes.

Earlier, the European Court of Human Rights (ECHR) refused to equate quarantine with imprisonment. “The quarantine was applied to everyone in the state. In addition, a person could leave the house if necessary and was not deprived of social contacts, ”the summary says. The ECHR also noted that the introduction of a lockdown in the country amid the coronavirus pandemic is not a violation of the European Convention on Human Rights.